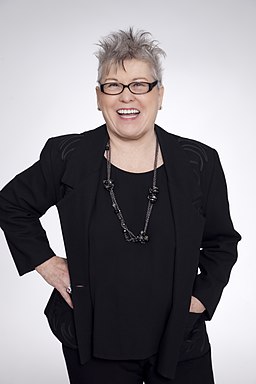 How did Betty Dodson, who grew up in conservative Wichita, become a sexual trailblazer?  She credited her upbringing.  “Mothers have the power to change the way society defines sex in one generation by altering the messages they give their sons and daughters,” she wrote in her memoir, Sex by Design: The Betty Dodson Story.  Despite the culture of that time and place, Betty’s mother considered childhood sex play as harmless and did not chastise her daughter for her explorations.  Nevertheless, Betty was unprepared for the harassment she experienced as a teen from an older family friend.  But when the same man fondled a school friend in Betty’s family kitchen, Betty pulled a knife on the abuser and backed him out of the house.  Later in her teens, on a date with a boy who did not respect her boundaries, Betty shoved his head into a car window.

After high school Betty moved to New York, planning to be a commercial artist.  There she fell in love with the classical nudes in museums and went to art school.  As a young woman experiencing serial love affairs in the big city, Betty had several harrowing illegal abortions. She came to consider herself addicted to romantic love.  While she blamed herself, she also resented being silenced about the “horrors I experienced to defend a woman’s right to reproductive freedom.”  As she later wrote, “Instead of learning to love myself I continued to love a romantic myth.”  She believed that art was her salvation.  “The creative process would be my one true love that remains passionate to this day.”

When Dodson was 29 her friend Sally urged her to become more realistic about her prospects.  Betty’s finances were insecure and her value on the marriage market was diminishing.  Sally introduced Betty to her boss, Fred Stern.  Fred fell very much in love with Betty and in retrospect, Betty believed she had been in love with love.  After years of sexual incompatibility, the couple divorced but remained fond of one another until Fred’s death decades later.  Near the end of his life, Fred called Betty to tell her that his years with her had been his happiest.

After the divorce, Betty took a lover named Grant who introduced her to partner stimulation of the clitoris.  This was in in 1965 when, as Betty later wrote, “Freud still had our clitorises imprisoned for the crime of immaturity…. My attitude became, ‘Fuck Freud!’”

When Dodson decided to become a champion of the female orgasm, it was a multipronged battle.  Certainly she had to fight ignorance about the clitoris, which even now, at the start of the third millennium, is less studied than just about any organ in the human body.  It was only in 2016 that the extent and shape of the clitoris was finally understood. Betty had to battle entrenched social ideas about the “proper” role of women, the famous double standard that celebrated the sexual freedom of bachelors while judging women harshly when they dared to claim their own sexual agency.  But she knew that it was an important fight.  As she wrote in her 2010 memoir, “Instinct told me that sexual mobility was the same as social mobility. Men had it and women didn’t.”

But there was another front in Betty Dodson’s battle:  The negative perception of her work by the many feminists who judged her as harshly as society at large.  As Dodson saw it, these feminists were paradoxically attached to the patriarchal myth of monogamous romantic love.

Betty’s work lives on.  Along with her business partner, Carlin Ross, Betty Dodson built a practice based on the premise “Better Orgasms, Better World.”

Their website is a treasure trove of articles, videos, podcasts, and invitations to workshops with the goal of experiencing better sex for the solo woman. Of Carlin Ross, Betty Dodson wrote, “Ours is another kind of love story, a friendship grounded in a mutual dedication to establishing a sex positive feminist sisterhood that not only will, but one that is, changing womankind and the world at large.”

In one of my favorite articles, written in 2018 when she was in her eighties, Betty describes different types of orgasm in a personal yet expert manner informed by decades of study and personal experience. It’s that “out there” attitude that first attracted me to Betty’s story and work.  Amazingly, I hadn’t stumbled across her until later in my life, but it turns out that many of my friends knew of Dodson, her work, and subsequently recommended her books.  It’s surprising to me that I hadn’t discovered Betty’s work much earlier as my views and my desire to persuade women to write as a means of expanding our horizons both sexually and in our role in society seem to have much overlap. I wish I’d known her and her work – Betty Dodson is one of the people you want at your dinner table!

So the fabulous orgasmic life of Betty Dodson comes to a close. She never stopped learning and growing.  After overcoming so much of the stigma our society attaches to sexual women, Betty Dodson’s final gift to womankind was her steadfast pursuit of sexuality as an older woman. Scholars say that they stand on the shoulders of giants who have gone before.  Women should adopt Betty Dodson as one of the giants upon whose work we, as women with agency, stand, and build a better future for all women.