What I Did Not Know About Racism 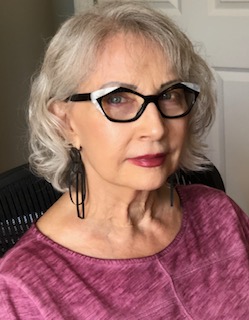 Would you like to write a blog for consideration for publication?  The guidelines and ‘how to’ are here.

What I Did Not Know About Racism

In the 1950s and 60s, I grew up in Danville, Virginia, a small textile and tobacco border town just above North Carolina on the map. Danville’s one claim to fame was that it served for seven days as the “Last Capital of the Confederacy.” In April 1865, Jefferson Davis set up his headquarters in Danville’s Sutherlin mansion after he fled Richmond just ahead of Union troops.

To this day, most people don’t know that Danville was central in the civil rights struggle, that peaceful protesters were beaten and jailed, and that Dr. Martin Luther King, Jr. visited Danville three times in 1963 to shore up what became known as the Danville Movement.

With all that was going on in Danville, you would think that at fifteen, I would have known about it. I didn’t, and neither did my friends who lived in town, not far from the action. The local paper, The Register & Bee, refused to cover the historic events in Danville. A staunch segregationist owned it. We didn’t talk about Danville’s history in civics class; our parents, if they knew, never discussed it with us.

As a child, I was used to seeing separate public bathrooms and water fountains labeled for blacks and for whites only. I didn’t question it at the time, because it was the norm. I attended segregated schools, so I didn’t know any black kids. But when I was twelve, I fell in love with our black live-in housekeeper, whom I will call Cora. Cora must have been eighteen or nineteen at the time and came to us because she needed work. Her family were tobacco sharecroppers who lived in Martinsville, about thirty miles northwest of Danville. So it made sense that she would live with us weekdays and go home on the weekends. She did all the cooking and cleaning for our family of six, no small task.

My father added a pine-paneled bedroom with its own half bath adjacent to the rec room in the basement. This is where Cora slept and kept her things. She ate with us, watched TV with us and went on vacations with us, though for her it was a working vacation. At the time, I didn’t know how unusual it was to have the hired help be so much a part of the family. My father, originally a New York Jew who converted to Southern Baptist, was egalitarian. While I was growing up, I never heard a racist word in our household.

Cora was like the older sister I didn’t have, the attentive mother I didn’t have and my best friend. I confided my schoolgirl crushes, my insecurities and my hopes to Cora alone. I never bothered to think about what Cora felt, or how she viewed living with our family, or even if she loved me back in the intense way that I adored her. I had never met her parents, so I selfishly appropriated her as my family.

My first awakening to racial discrimination came on a vacation trip to the Outer Banks, with Cora packed in our Chevy station wagon along with us four kids. We stopped at a restaurant for lunch, and Cora wouldn’t go inside with us. I didn’t understand this. I caught Cora’s hand to pull her out of the car as she resisted. But my parents knew. My father said to her, “I’ve ordered for you, and we’ll bring it to the car.”

It dawned on me that Cora wouldn’t be allowed inside the restaurant, and I was furious. “Well, I’m going to eat in the car with Cora, too,” I announced. The whole family would have eaten in the car, but there were six of us, too cramped for eating and drinking together. I began to look at those separate bathrooms and water fountains as stupid. I began to understand that something was not right in Danville. If my adored Cora was treated this way, what about all the other black people in our town? But I didn’t pursue this line of inquiry. I was a teenager, self-absorbed and trying to fit in.

I didn’t learn the truth of what happened in Danville until I was in my thirties when I helped a Duke University colleague gain access to Danville’s photo archives. He was looking for a photograph of a SNCC (Student Nonviolent Coordinating Committee) meeting that reportedly took place in Danville in 1963.

We turned up a photo of a young Marion Barry and a disturbing police photo of a young black man hanged in a garage through a system of pulleys. From what I knew about lynchings in the South, I did not think this young man had committed suicide.

The photo of the young man haunted me. I began reading whatever I could get my hands on about the Danville Movement. At the time, I turned up two books, one written by civil rights lawyer Arthur Kinoy and the other by activist Len Holt. From reading those books, I was confronted with the depth and brutality of Danville’s response to citizens wanting only to be treated equally. I felt guilty about not having known what was happening in my town and not having done anything about it. I was white, privileged and protected while others were putting their lives on the line.

I decided then that I would write a book about Danville and tell the story from the perspective of those who toiled for social change. With the help of a black friend who had also grown up in Danville, I gained an introduction to one of the stalwarts of the Danville Movement who worked behind the scenes: high school English teacher and force of nature Ruby Archie.

Mrs. Archie told me that when she first came to Danville to teach at Langston, the city’s black high school, she was not allowed to rent a room in a boarding house as white teachers did. She had to find a black family who had a spare bedroom. No restaurants would feed her. She had to make do with a hot plate. She spoke about these things matter-of-factly, with no trace of anger. I felt anger on her behalf.

When I was interviewing and gathering information to write the Danville book, I was a single parent of twins and working a demanding full time job. I went to Danville with a photographer on weekends to interview those people, both black and white, who tried to bring about positive change in the 60s. I began to realize that it would take years to build trust within Danville’s black community. What did I, a white woman who left Danville in 1966, think I was doing? How ignorant of me to think I could waltz into a black community I had never known, and that had never known me, and expect folks to open up. Without much forethought, I had set myself an ambitious challenge and did not follow through, something I regret to this day.

Part of the impetus to write my memoir stemmed from my failure to write the original story of Danville’s blacks, so bound up with my own. I learned first-hand that Danville was both racist and anti-Semitic. My father, Hugh Kossoff, converted to Christianity before he married my Southern Baptist mother and became a deacon in the church we attended. He was a well-known and popular dentist in town – the only white dentist who treated black patients, though he had to schedule them first thing in the morning or at the end of the day. Otherwise, he said, he’d lose his practice. Still, some referred to him as “that Yankee Jew.” I heard this phrase at a Woolworth’s lunch counter once when my mother and I sat down to eat. The man sitting next to her began talking about the upcoming city council election. He told my mother and me, “Well, there’s one man I know I won’t be voting for and that’s Hugh Kossoff. If that Yankee Jew thinks he can run this city council, he’s got another think coming.”

Then he introduced himself and asked for my mother’s name. My mother had been quiet as the man railed on, but that was her opening. She replied, “I’m Mrs. Hugh Kossoff and not one thing you said about my husband is true.” By then she was red in the face, and I fought back tears. The corpulent man excused himself and made a hasty retreat. Dad ran for public office several times after that first run for city council but never won an election, defeats he took personally, defeats that had him questioning his self-worth.

In the last decades, Danville has made some progress. Mrs. Archie became Danville’s first black mayor and was still serving on the city council when she died in 2010. Now the old Sutherlin mansion, with so much racist history, is named the Ruby Archie Library.

Looking back on my mid-thirties self, I see how much I didn’t know, and how naïve I was to think I could atone for my early ignorance by writing a book about the Danville Movement from the perspective of its local leaders. In the intervening years, I’ve seen that we’ve not fulfilled the promise of the civil rights movement and that there is much more work to do.

Growing up, I was told in sly and subtle ways that black men were to be feared. This didn’t come from anything explicit at home. It was in the Southern air I breathed, the things I heard in church and school, and perhaps, offhandedly, even from my Southern mother.

When I was working as a hospital social worker, I met and dated a handsome, sweet and caring young medical student. On a visit home, I told my parents about Anthony, who was black. My father, whom I had assumed was not racist, was outraged. To push him further, I said, “What if I decide to marry Anthony?” “Then you will never set foot across this threshold again.” My father spat out the words. I was aghast and furious. Hadn’t he known the sting of being made the other? Hadn’t he fought a war to save the world from that same evil racist hatred? At that moment, I despised my father for his reaction. I had expected better from him. I wasn’t brave enough to develop a serious relationship with Anthony. There were few biracial couples in the early 70s, and I knew there would be a terrible backlash for both of us.

Now, I make a point of greeting black men and women with a smile and a hello. I may compliment a guy on his hair or his clothes. I am old enough now to compliment young black men without them thinking I might be coming on to them. We desperately need to talk to each other, get to know each other and continue the national dialog about race with candor and open minds. We also need to stand up to racism whenever and wherever we see it. Those fighting for racial justice through peaceful demonstrations need our support. The same tactics that were used against peaceful demonstrators in the 60s are being deployed today. We must seize this national moment to push hard for change. And we must vote for those who will help us achieve that change.