You Should Be in Movies. 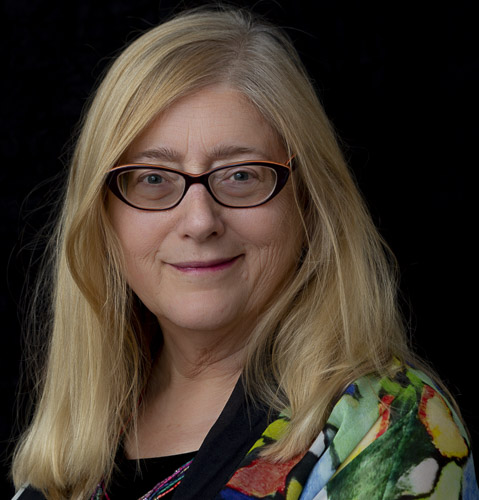 You Should Be in Movies.

Better Yet, Write Them.

Every story an older woman writes changes her and changes the culture. And because of the huge reach that movies have, when we write movie scripts, we can make even more change happen.

The Writer’s Lab is an annual retreat established by Meryl Streep and supported by Oprah Winfrey and Nicole Kidman. Only women over forty can submit screenplay drafts to the Lab. It’s aligned with the goals of the Geena Davis Institute, which encourages full representation of women in movies. The deadline for submission is in March of each year. I’m planning to submit a draft screenplay next March, and if I can do it, so can you.

When I first read about Streep’s initiative to promote screenwriting by women over forty, the possibility of writing a script seemed like a big leap. I like to write – I was a technical writer before I retired – but screenwriting seems so specialized. How to construct a scene? How to make a manuscript even look like a screenplay? It turns out there is great information and support available on a shoestring. Let’s break it down.

A screenplay is a much shorter form than a novel. It’s typically about a hundred pages long, formatted with mostly white space on each page. An entire screenplay runs in the neighborhood of 20,000 to 30,000 words, taking up 100-110 pages. When it becomes a movie, each page translates into about a minute of screen time.

A screenplay can and should be well written, but it is not a fully embodied work of literature. Think of it as a recipe for a movie, that leaves room for the director, actors and other artists to develop it fully. The screenwriting process is not mysterious, and I bet every woman who reads this has a screenplay tucked away in her imagination! I hope you will give it a try, there is nothing to lose and a whole lot of change that could result.

Great advice is available for cheap or free about writing screenplays. Three of screenwriter Syd Field’s classic books have been bundled into The Essential Screenplay, which will run you around $13 as an eBook. Syd’s method involves breaking down the screenwriting process into file-card-sized pieces and constructing the script from there.

The three main characters in the script I’m writing, Brilliant Charming Bastard, are all women over sixty. One is a biologist, one is a writer, and the third is a chemist. They meet when they discover they are all dating the same intelligent con man. When I finish developing their character outlines, I’ll move on to a scene by scene outline, with help from screenplay books and software.
I suspect my characters will go through a phase of vying for the con man’s attention before realizing they are more interesting than he is.

Next comes the writing phase. Because screenplays are so brief, every word must count. Whether or not my draft is chosen by The Writer’s Lab, I will use the material I am developing to construct a novel with these same three characters.

At the writing phase of script construction, there are many choices of free screenwriting software available to support your first venture into screenwriting. Some of these are open source while others are free demo versions that are fully functioning and can be upgraded to the paid version later if you catch the screenplay bug and want to spend the money. Here are some examples.

Fade In works on Mac and Windows. It is used and recommended by many professional screenwriters. The demo version is free.

WriterDuet allows you to collaborate with other writers in real-time, if that’s appealing. The first three scripts you write on WriterDuet are free.

Trelby is an open-source screenwriting program for Windows and Linux.

Highland is a scriptwriting software program for the Mac (free and premium versions available) that organizes your screenplay as you write. It bills itself as the first screenwriting program with a built-in gender analysis, to track the gender breakdown of speaking parts.

Each of these screenwriting programs has its adherents. Take a look and see if one of them appeals to you, or check out others online.

Movies are a powerful tool for change because, as Geena Davis says, “If she can see it, she can be it“.  Let’s bring our stories and our voices this important art form.  Enjoy!